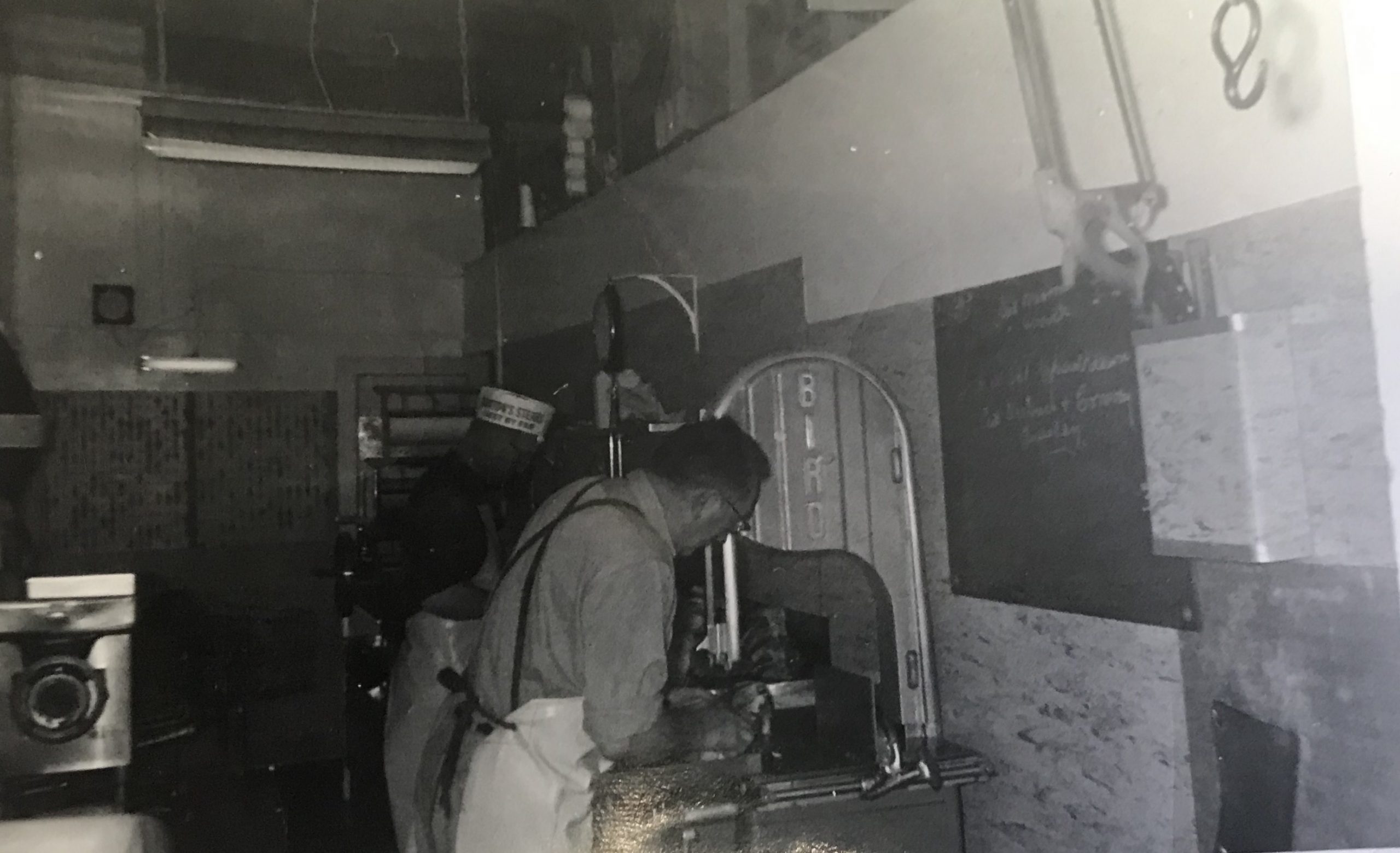 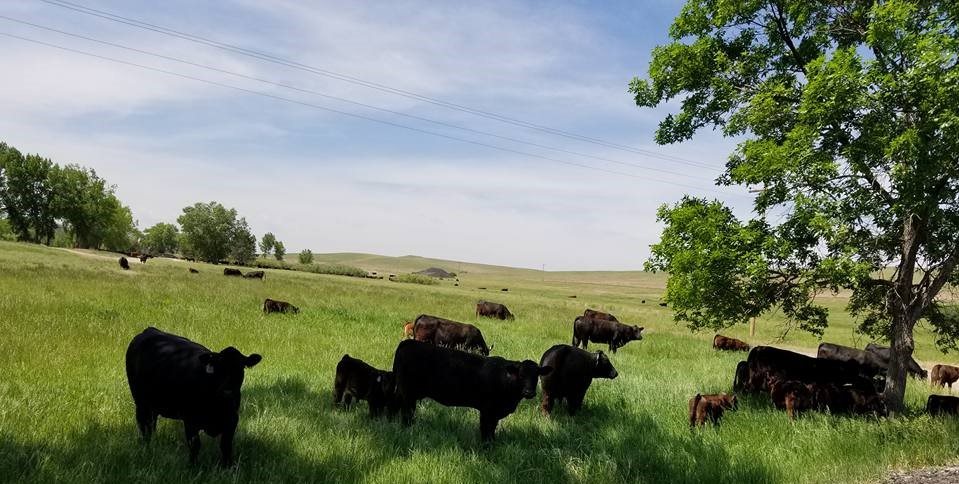 The ranch where we get our cattle from. 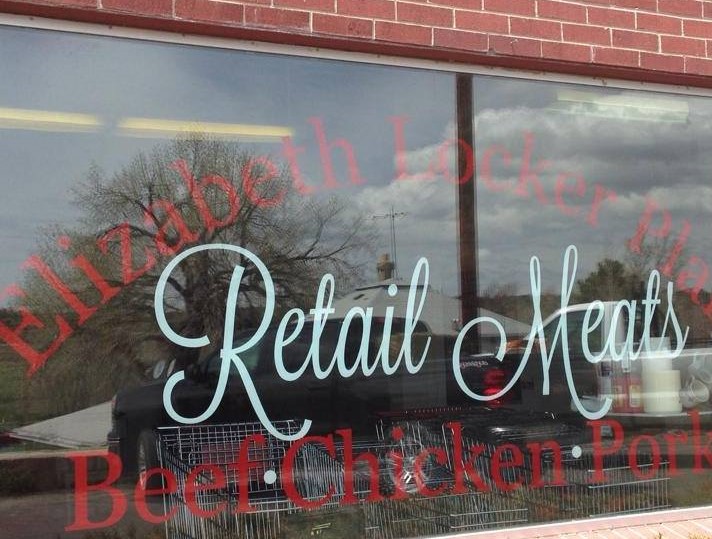 In 1944, Harold S. Hundley and his wife, Celeste, started the Elizabeth Locker Plant with the idea of processing farm-killed animals and providing cold storage for the public.  Harold soon realized the community needed much more.  In 1947, with some local help, he built a slaughter floor and started harvesting animals to provide meat for the public.  During this period, under state inspection, they also accomplished custom processing for local ranchers and processing wild game in addition to operating the retail store.

In 1952, he built a smoke house, thus significantly increasing the variety of products he could offer.  Along with harvesting and processing, they sold ice and coal as well as being the town’s hardware store. After doing business for several years, they realized that it was time to build a bigger building with more cooler/freezer space and additional room for retail.

In 1971, they built the building which we know and love today as the Elizabeth Locker Plant, in the heart of Elizabeth, Colorado. Soon after moving to the new building they became federally inspected.  Harold’s son Michael helped his dad through this all.

In the late 1970’s early 1980’s as well as running as a custom processing facility, the plant functioned as a cow and bull slaughter operation, supplying Denver Boneless with meat. Michael and his staff ran that operation.  They were slaughtering and processing every day, so it kept Michael and his crew extremely busy. They ran the business like this for several years until they realized that there was no longer that particular need, so they went back to focusing on custom processing and the retail store while only slaughtering a couple days a week.

Michael and Harold not only managed their business but also were a huge part in developing the  community around them.  They played an invaluable role in starting the fire department, the chamber of commerce, and the cemetery. They were always available to offer a helping hand and do what they could to support other businesses.

Keeping with the family tradition, Elizabeth Locker Plant today is owned and operated by Michael and his two sons, Justin and Brian. They recently updated the smoke house with a bigger smoker allowing them to make their own sausages and other smoked products. Currently, we are still doing custom processing but are enjoying making new sausages and snack sticks while trying to fill our retail store with a variety of different products. 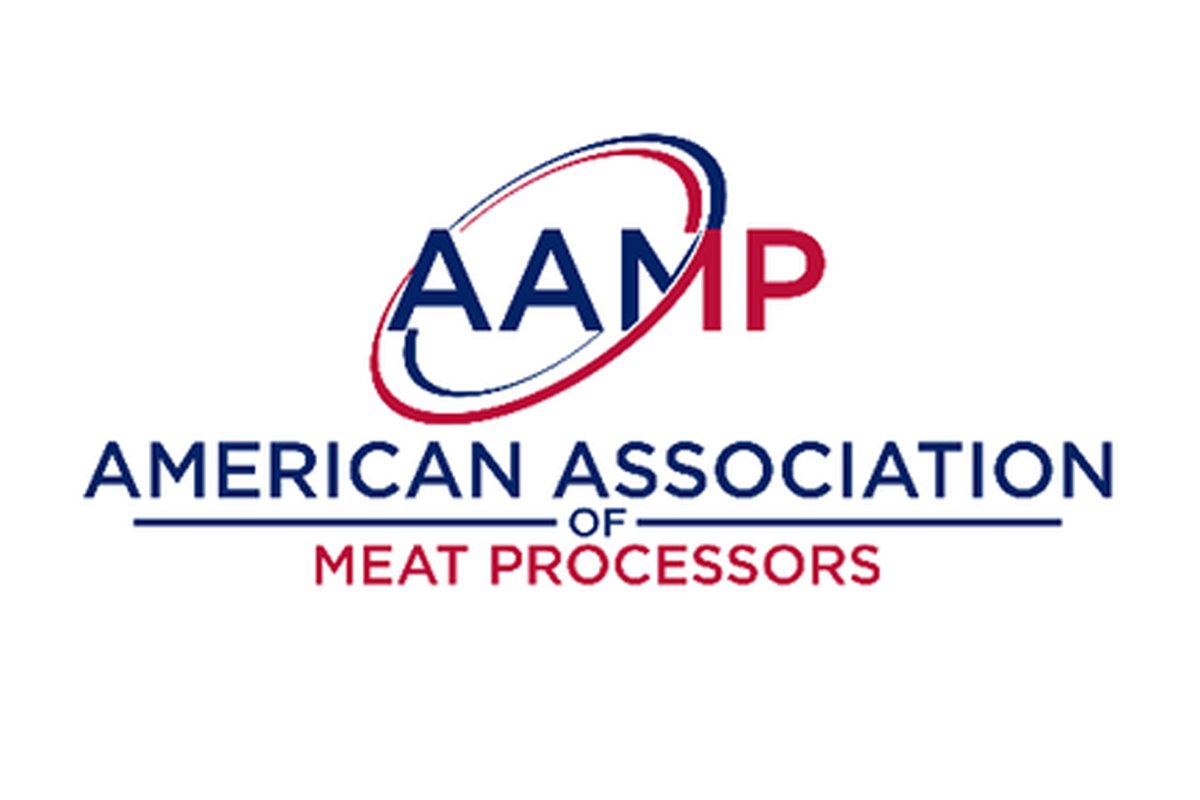 We are a proud member of AAMP. We joined this organization to expand our knowledge and expertise in meat processing. AAMP supports and encourages us to attend different conferences and classes which enable us to produce the best products.

Proud to offer all locally raised meats and locally made cheese and honey. 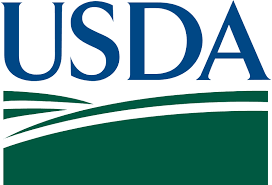 Elizabeth Locker Plant is committed to total transparency about our products and processes. To align with this philosophy, we have chosen to be a USDA inspected facility. We believe that this partnership creates a level of confidence that can be passed along to our clientele. A USDA agent is present at our facility everyday. Their duties entail such things as inspecting the equipment and facility for cleanliness, ensuring the animals are healthy before harvesting, and observing our processes meet and exceed standards. We are required to do pathogen testing on our products and sample testing of our water.

what we achive and what we deliver 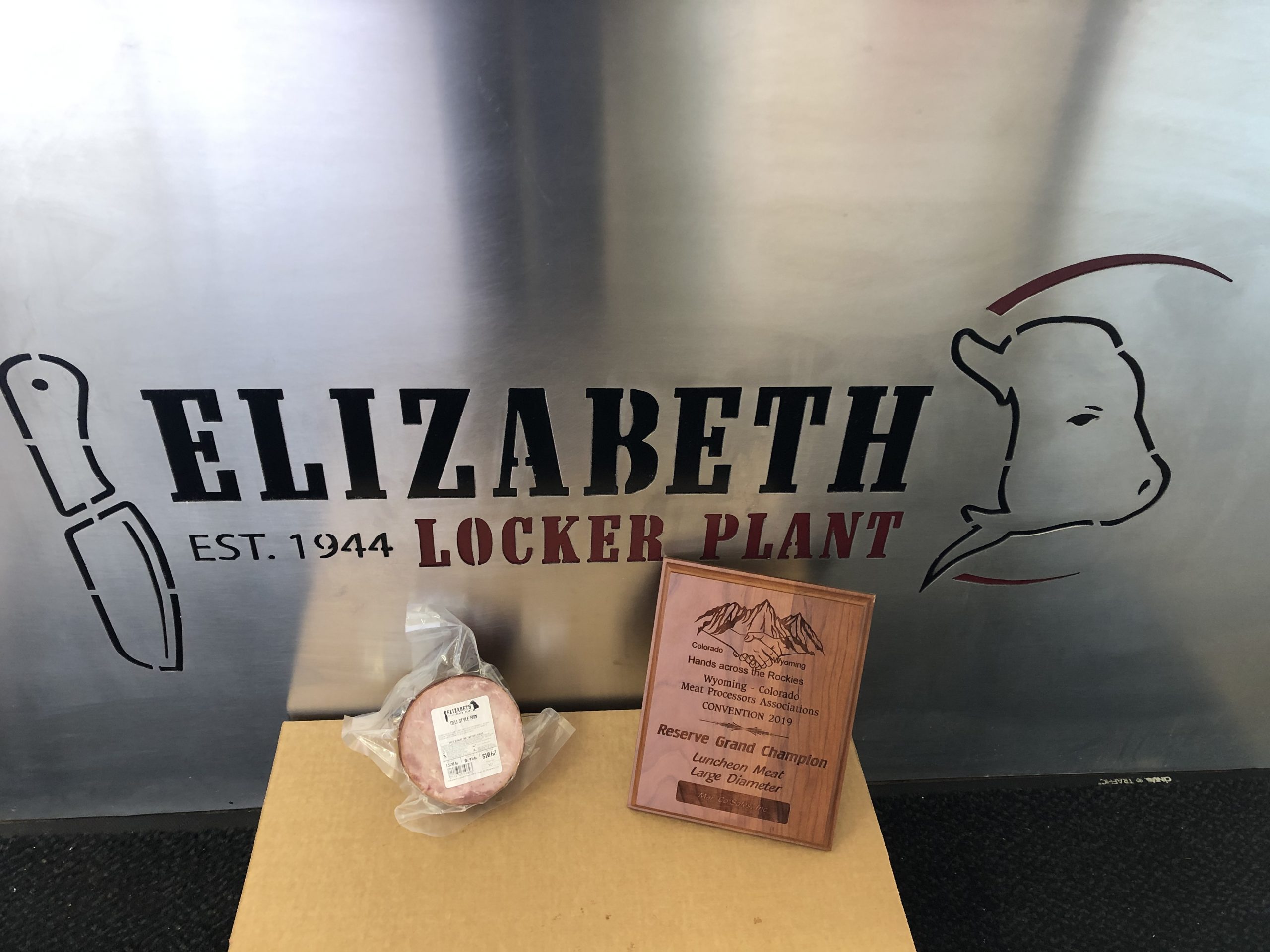 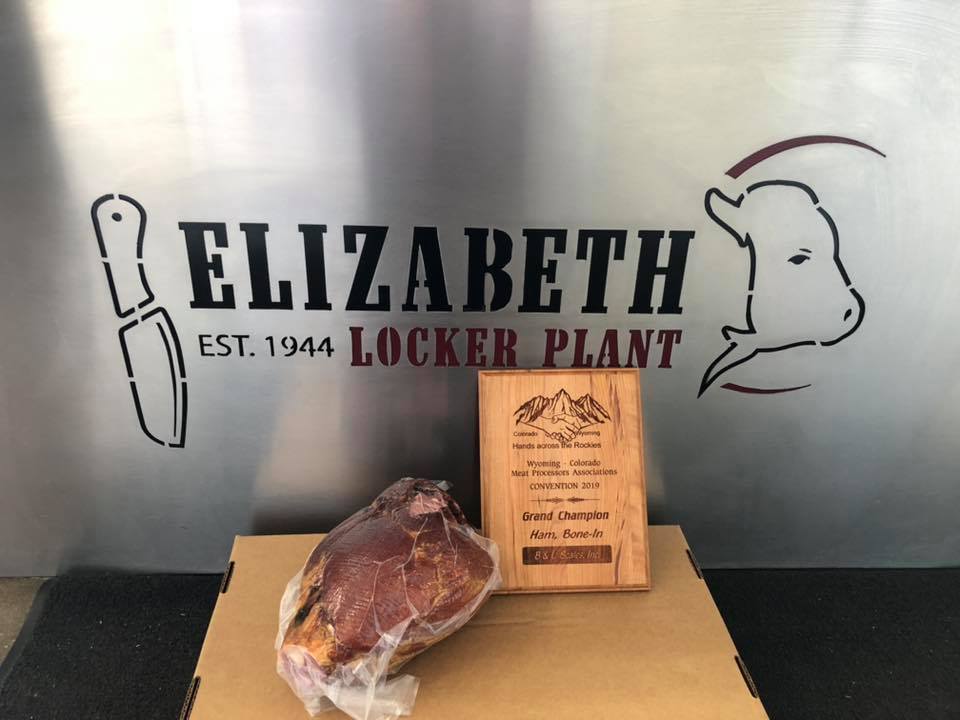